News Update on Water Coming Into West Battle Lake This Summer from Jade A. Berube, P.E.

With the utility replacement occurring on Lake Shore Drive, groundwater is an issue.  The existing utilities cannot simply be replaced within the current groundwater as the excavated areas quickly flood when the material is removed to the trench.  Prior to the bidding of the proposed project, we completed various soil borings to determine the depth of the groundwater at the proposed excavation locations and adjusted the design to avoid the need for dewatering where possible.  The water main that was installed from near the School to Highway 78 and north to the north line of Lion’s Park was installed through trenchless construction methods to alleviate the amount of groundwater that would have had to been pumped by open cutting.  The utility replacement on Lake Shore Drive cannot be constructed by this method as the number of services to the homes would require significantly more excavation locations than the Highway work needed.

The dewatering system along Lake Shore Drive has been setup and been moving north from near Good Sam to near North Shore Drive as the construction has progressed.  The system consists of various small pipes (or wells) with perforations that are punched into the ground and connected to a header pipe.  If you look at the header pipe that is laying along the roadway, you will see how the many small wells are connected to it.  These wells pull the water from depths to allow a “V” section of the groundwater to temporarily be pulled from the ground to allow for the installation of the utilities in drier conditions.   The further you get away from the wells, the closer the groundwater comes to the normal elevation.  Although we have not shot physical elevations, the groundwater appears to be very similar to that of the elevation of West Battle Lake.  When the original survey for the project was completed, the wetland to the west and the lake had varying elevations within a few inches.  When the utilities are completed, the pumps are removed, and the groundwater is allowed to go back to the original level.

The contractor is required to pull a permit from the Minnesota Department of Natural Resources for the dewatering prior to installing the system, which they completed back in March.  I have attached the permit that as received by Sellin Brothers that outlines the requirements of the system, what is allowed, how many gallons can be pumped, and other items.  The permitting process to receive the permit included various other state agencies, which are all informed of the proposed activities.  Since the installation of the original system, the project has been inspected by both the Construction and Watershed contacts of the Minnesota Pollution Control Agency, which informed the contractor that there were no noted violations.  In the end, the contractor is required to report how much water is pumped, along with other items to clean any equipment that was used on the project.  The various screens used within the system will also have to be decontaminated, as they were before the project began.

We continue to monitor the system, as the construction progresses, and will continue over the next few weeks.  Hopefully by the time we make it to North Shore Drive with utilities, the system will no longer be needed.  If you have further questions, feel free to let me know, I have been in contact with various property owners throughout the project, and want to make sure to let them know what we are doing.  We have discussed this system with various individuals at multiple state agencies, to make sure that we are following the rules, and doing the best we can to lessen the impact on the lake. 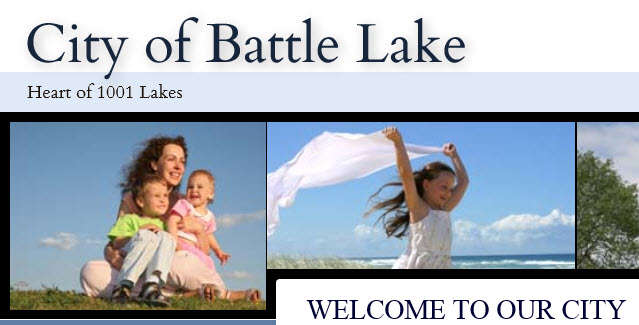